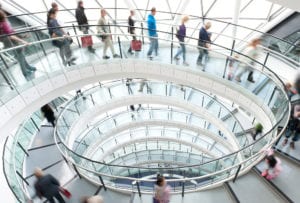 Last week, the esteemed Rabbi Beryl Wein wrote a blog post entitled “IMPLOSION” (America’s spiralling downfall)
Rabbi Wein , world renown and well respected Rabbi, Lawyer, Historian and  Author has been increasingly concerned about the recent turn of events in the world and in the US in particular. Over the years, Rabbi Wein has held firm that Jewish history repeats itself and we need only to look at our own history to be able to realize that it is only a matter of time when persecution of the Jews is again inevitable. A time when it will be time for Jews to leave.  Not if, but when.

He wrote in his post, “A serious question has now arisen regarding the future of the United States of America. It is a very polarized society, and over the past decades it has lost its moral footing. It has become dissolute, hateful of its own heritage, spoiled by too much material wealth, and subject to Marxist indoctrination emanating from its educational systems. Whether or not the United States will be able to survive this storm is, as of yet, an undecided question. However, it is clear to me that no matter what happens, it will become increasingly difficult for Orthodox Jews to maintain themselves in American society. The entire culture is hostile to Torah values and to a Jewish way of life..”

He continues: “Certainly, the America that I grew up in and lived in for most of my lifetime no longer exists. There is no longer wholesome entertainment nor a feeling of moral probity. America was once a religious country. Today it has become overwhelmingly secular with all the attendant evils that such a change in society inevitably engenders. History teaches us that nothing goes on forever, and that great countries and empires rise but inevitably fall. For many years, I thought that the United States was an exception to that rule, but I no longer believe so. The curve has already flattened, and we are witness to the downward spiral that leads to irrelevance and impotence in world events, I fervently pray that I am wrong but these are my impressions as I view the current scene.” Rabbi Beryl Wein, July 5, 2020

Those of us who have learned Jewish history from the academically brilliant Rabbis Wein’s   “Destiny Foundation films and his multiple books on the history of the Jewish people, we know him as a tell-it like-it-is, honest,  and mainstream Yeshiva Rabbi who appeals to all. To quote Rivkah Lambert Adler, freelance journalist specializing in Jewish and Israeli content including End of Days, Aliya and Geula related topics: “It’s one thing for a kabbalistically-inclined rabbi to sound the death knell for Jews in America, but these words come from historian Rabbi Berel Wein” I think we all feel this way- I hope our Jewish brothers and sisters come home to the holy land of Israel now!