Galut and Geula, (Part 1 of an Eight Part Series)

The Exile is the Valley of Dry Bones 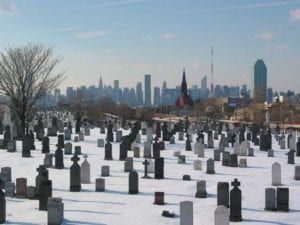 In order to understand the centrality of the Land of Israel to a full Jewish life, it is necessary to recognize the very real differences between life in Israel and life in the Diaspora. This subject was not explored in depth during our nearly two-thousand years of exile, during which Jewish learning focused primarily on the commandments and laws which could be practiced in the Diaspora. Therefore, as we begin the Book of Shemot, and the Torah readings dealing with the exile in Egypt, we will try in this eight-part series, “Galut and Geula,” to shed light on the very real differences between Exile and Redemption (Galut and Geula), as illuminated in the writings of the Prophets of Israel and Sages versed in the inner secrets of Torah. In doing so, we will rely heavily on the explanations found in the book, “Binyan Emunah,” by Rabbi Moshe Bleicher, a longtime student at the Mercaz HaRav Yeshiva in Jerusalem, and the founder and spiritual leader of the Shavei Hevron Yeshiva in the City of the Patriarchs.

Galut is the destruction of our national framework in Eretz Yisrael, when Israeli Nationhood is shattered, and we are left scattered in foreign countries around the world, living as minorities in gentile lands. Instead of being the Israelite Nation in our own Land, we become American Jews and French Jews and Russian Jews, individuals in alien lands, under foreign governments. The living, energizing Soul of the Nation no longer appears, and we are left like the dry scattered and lifeless bones of Ezekiel’s prophecy (Ezekiel 37, 1-28). Hashem’s light in the world, which shines forth when the Nation of Israel is in Zion, is terribly darkened. His Name in the world is desecrated, as the gentiles say that they are mightier than the Almighty, having ousted His Children from the Land which Hashem promised to give them. Christianity and Islam seize center stage, and the light of Israel and Torah are scorned. In effect, not only are the Jewish People “dead” in their true national form, but Hashem’s Presence in the world is in a comatose state with them.

With the rebirth of the Nation of Israel in Eretz Yisrael, Rabbi Avraham Yitzhak HaKohen Kook taught that the Jewish People needed to rise up to a higher understanding of Torah to fathom the wonder of the ingathering of the exiles and resurrection of the Nation in our time, as the scattered bones of the exile returned to life in full form. No longer was it sufficient to study only the “four cubits of Halacha” which we were left with in Galut – the private commandments of the Torah which dealt with our personal lives. Rabbi Kook called the Jewish People to strive for a higher understanding of Torah and Emunah (faith), not a Torah of the individual, based on personal precepts like Shabbat and Kashrut, but the Torah of the Clal, of the entire Nation, the Torah as it was originally intended to be, the Torah of Eretz Yisrael – the Torah of a mighty Jewish Nation, with its own government, army, judicial system, economic infrastructure, agricultural laws, and Holy Temple. We were to embrace a fuller understanding of Torah, a Torah which focused on the entire rebuilt Nation, and not on the individual Jew. This is the “new light on Zion” which we pray for – our return to a National understanding of the Torah, and a National understanding of who we are as Jews. In rising up to this broader comprehension, we come to realize the paucity of our existence in gentile lands, and we long for our own Jewish Nationhood in our own Jewish Homeland.

The state of our lives to which we became accustomed in Galut, seeing ourselves as American or German Jews, living private lives under foreign governments, must necessarily undergo a radical change as the Geula begins, ushering in a completely new level of life. Therefore, Rabbi Kook teaches, in order to comprehend what is taking place with the Israeli Nation, in its miraculous rebirth, and in order to raise ourselves up to the exalted level of life we experienced during the time of the First Temple – and to which we are returning – we have to learn to see the Torah in a higher light.

The Prophet Ezekiel describes the situation of Am Yisrael in exile as being similar to the dead in a graveyard. In contrast, the Geula comes when the revitalized bones leave the cemetery of exile and come to Eretz Yisrael.

In his book, “Binyan Emunah,” Rabbi Moshe Bleicher of Hevron, comments, “There are those who will say that this only a metaphor, and that the Prophet doesn’t really mean to say that we are like dead people when we are in exile, for, as anyone can see, we are living, breathing, and learning Torah. The Prophet, they claim, exaggerates in order to highlight a particular aspect of Galut, but he doesn’t mean to teach that there is an essential, absolute, difference between the time of Galut and Geula, like the difference between the dead and the living. However, this interpretation of the verses is not accurate. The words of the Prophet are meant to be taken literally, at face value.”

In Rabbi Yehuda HaLevi’s classic treatise of Jewish Faith, “HaKuzari,” a deep theological conversation between a gentile king and a Rabbi, the king says that the Jewish People in exile are like a body without a head or heart. The Rabbi answers: “You say rightly, but more than this – we are not even a body, but only scattered limbs, like the dry bones which Ezekiel saw in his vision. But even so, O King of the Kuzar, these bones have retained a natural trace of vital power, having once been the vessels which housed the heart, brain, breath, soul, and intellect.”

The Rabbi agrees with the King of Kuzar that Am Yisrael in exile is like a body without a heart and brain. However, the truth is even worse – we don’t have even a body, but merely dry bones. Nevertheless, buried in these dry bones is great hidden life, the “genetic” remnants of the full life we had when we were in Eretz Yisrael, and these dormant “chromosomes” are destined to return to new life at the time of the Redemption.

Rabbi Bleicher notes that Rabbi Yehuda HaLevi lived in Spain when he wrote “HaKuzari.” During this era, Torah learning flourished, but he described his personal situation, and the state of the Jewish People in exile, like death and mere dry bones. Thus we see that the description of the Prophet Ezekiel is real. The time of exile is death for the Jewish People. Even though there may be times when things are going well, this is only on an individual level – the Jewish Nation itself remains like scattered bones lacking life. The soul of the Nation is lost.

The Gaon of Vilna explains:

“Since the Beit HaMikdash was destroyed, our spirit and our crown departed, and only we remained, the body without the soul. And exile to outside of the Land is a grave. Worms surround us there, and we do not have the power to save ourselves from the idol worshippers who devour our flesh. In every place, there were great Jewish communities and yeshivot, until the body decayed, and the bones scattered, again and again. Yet, always, some bones still existed, the Torah Scholars of the Israelite Nation, the pillars of the body – until even these bones rotted, and there only remained a rancid waste which disintegrated into dust – our life turned into dust.”

It must be remember that the Gaon, also known as “the Gra,” lived in the city of Vilna, which was nicknamed “the Jerusalem of Lithuania” because of the grandeur of Torah which flourished there. The Gaon himself learned Torah with incomparable holiness and purity, teaching scores of students, but with all this, he still declared that this seemingly thriving situation is a state of death, because the Nationhood of Israel, the vessel which brings the light of G-d to mankind, is shattered and missing from the world when the Jews live outside the Land of Israel, scattered around the globe.

All of this may leave the reader perplexed and perhaps annoyed. After all, in America, life couldn’t be better! A well-to-do Jew makes a good living, his kids learn in excellent Jewish schools, they have lucrative careers awaiting them after college, everything is hunky dory – but this is all on a private level. By identifying with the culture and life in the United States, the American Jew doesn’t miss being a part of his own Jewish Nation. Rebuilding the vessel that brings the light of G-d to the world sounds nice, but it isn’t on his agenda. It wasn’t a part of his learning in yeshiva, so why think of it now? He’s content with keeping Shabbos and eating kosher food in a foreign gentile land. In addition to his body being in exile, his thinking is in exile too.

Thankfully, Hashem doesn’t want His People to wander in Galut forever. To insure that we don’t forget that our goal should always be a Torah life in the Land of Israel, our Sages enacted that we pray three times a day in the Amidah, and in the Blessing after Meals, for the ingathering of the exiles, the rebuilding of Jerusalem, and the return of the Shechinah (Divine Presence) to Zion. We are supposed to long for the higher existence of Geula – of Jewish sovereignty in our own Land, with our Holy Temple in our midst. But to do this, we have to rise up to a higher vision and understanding of Torah. We have to rise up to embrace the Torah of Redemption.