Lech Lecha – Get Thee Forth to America! 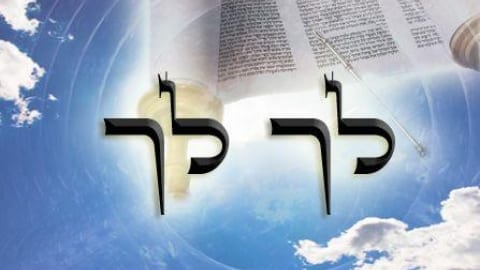 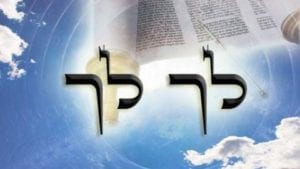 LECH LECHA – GET THEE FORTH TO AMERICA!

Isn’t it interesting that the very first words that G-d says to Avraham, the father of the Jewish People, is to go to the Land of Israel?
What are we supposed to learn from this? Can there be any question at all? One plus one is two, and two plus two is four. You don’t have to be a genius to figure out a simple equation like that. In Hashem’s Great Plan of Existence, the Jews and the Land of Israel were created for one another.
What was Avraham’s reaction to G-d’s command? The Torah says that he departed immediately. Even though the Land of Israel was filled with immorality, idol worshippers, and heathens that he and his offspring would have to conquer, he didn’t say, “I’m not going to Israel because you can’t find work, or the taxes are too high, or the politicians in the Knesset are corrupt, or the Moshiach hasn’t come, or I don’t want my kids to serve in the Israeli Army.” He packed up his belongings and did what G-d commanded. Period.
In reward for Avraham’s obedience and faith (Emunah), G-d gave him, and his children after him, the eternal inheritance of the Land of Israel, as it says, “And I will give you, and to your seed after you, the Land where you sojourn, all the Land of Canaan for an everlasting possession, and I will be their G-d” (Bereshit 17:8).
The great Torah commentator, Rashi, explains this verse as follows: “There, I will be their G-d, but a Jew who lives outside of the Land is like someone who has no G-d” (Rashi, verse cited).
I think Rashi should apologize for insulting the Ultra-Orthodox Jews in the Diaspora! How could he say such a thing?! What chutzpah!
Actually, he isn’t to blame. The Talmud says the very same thing (Ketubot 111A).
Avraham is the father of the Jewish People because he had this type of complete and straightforward Emunah, as it says: “And he believed in the L-rd, and He counted it to him for righteousness” (Bereshit, 15:6).
The opposite of this is where people have crises of faith, like in the case of the Generation of the Wilderness who refused to obey G-d’s command to make Aliyah, as it says: “And when the L-rd sent you from Kadesh Barnea, saying, ‘Go up and possess the Land which I gave you,’ and you rebelled against the L-rd your G-d, and you did not have Emunah in Him, and did not listen to His voice” (Devarim, 9:23).
Rabbi Tzvi Yehuda HaKohen Kook would explain to the students of the Mercaz HaRav Yeshiva in Jerusalem that there are two types of Emunah – the complete Emunah of Avraham Avinu, and the partial Emunah of the followers of the Spies in the wilderness, of whom it is said, “And in this matter, you did not have Emunah in the L-rd your G-d” (Devarim, 1:32).
“In this matter, in not making Aliyah to Israel, they didn’t have Emunah,” Rabbi Kook taught. “In other matters, they did believe. They believed, and yet they didn’t believe. This is a state of half-emunah. Rashi, in the name of our Sages, cites this in regard to Noach, saying, ‘Noach was small in Emunah. Though he possessed Emunah, he did not truly believe in the flood’s coming, and did not enter the ark until the water forced him in’ (Bereshit, 7:7). Noach believed, and he didn’t believe. However, the foundation of our Emunah begins with Avraham Avinu. He wasn’t a half-believer. He believed with a complete faith.”
Rabbi Kook wasn’t seeking to criticize any true awe and fear of G-d to be found amongst our beloved brothers in the Diaspora, but rather against the viewpoint that denies the centrality of the Land of Israel to Judaism. There are many wonderful G-d fearing Jews throughout the Diaspora, who are serving Hashem and the Jewish People in many true and noble ways, in their charity, good deeds, Torah scholarship, prayer, and strict adherence to the fine details of the mitzvot. Many true lovers of Israel would like to come on Aliyah, but for a plethora of sincere reasons, simply can’t. However, a great number of Diaspora Jews could come, especially young people before they have deep-rooted commitments in alien lands. But they don’t, because no one encourages them to be like Avraham in the material world of the Golus where idealism is easily forgotten by the temptations of comfort. Needless to say, when Jews fall in love with the Diaspora and try to make a second Jerusalem out of Brooklyn or Toronto, then something is wrong with their Judaism. Torah is replaced by the half-Emunah of Diasporism. Hashem wants the Jews to live in the Land of Israel. One and one is two. Two and two is four.