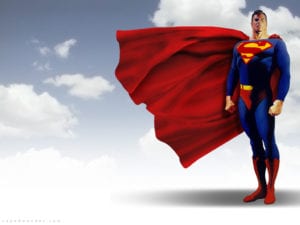 Only an infant expects his desires to be gratified immediately. He wants his bottle now! He wants his rattle now! If he doesn’t get it, he screams, he hollers, he cries. Sometimes, when a child gets to be an adult, he still wants everything handed to him on a silver platter now, without having to do any work. For instance, some big babies demand Peace Now! To get their way, they are willing to do the most self-destructive things, like surrendering their homeland to the enemy and give them guns which end up killing Jews.

There are also people who want Mashiach Now! While the wish for Mashiach’s coming is a very praiseworthy thing, these people don’t realize that Mashiach’s coming is a process that evolves over time. These people want everything to be finished at the start. They say that when Mashiach comes and does all the work of rebuilding the Land of Israel, and gathers all of the exiled Jews to Israel, and fights the wars of Hashem, and rebuilds the Beit HaMikdash, then they will come on aliyah. First, everything has to be perfect. First, the Mashiach has to do all the work. If not, come hell or high water, they’re staying right where they are in Brooklyn, Boston, and Beverly Hills.

The Talmud speaks of “Tzaddikim who do not believe” (Sotah 48B). Rabbi Tzvi Yehuda HaCohen Kook explained that there were people at the time of the Second Temple who complained about the situation in their days, when only a small portion of the Jews returned from exile and didn’t achieve the greatness of the past and didn’t merit the exalted level of the First Temple because the majority, including the community leaders, preferred to remain in Babylon with their businesses and wealth (Kuzari, Ch.2). In their eyes, the Second Temple was an affront. They would weep and express reservation and scorn, declaring, “This is the Temple? How pathetic.” The Prophets rebuked them for their attitude, asking, “Who has despised the day of small things?” The Talmud answers: “The small-minded among them who didn’t have faith in the Almighty” (Sotah 48B). You are disbelievers, the Prophets told them. The Lord is returning His children to Israel, it is He Himself who has re-established the Holy Temple, and yet you complain?

In our time too, Rabbi Kook taught, there are “tzaddikim” who criticize the Almighty for the way that He is returning the Jewish People to Zion. In their eyes, it isn’t glatt kosher enough for them. There are those who even say that what is happening now is the work of the Satan. Somehow they forget that everything that happens is from the Holy One Blessed Be He. Is it the Satan who has gathered millions of Jews from all over the world to Israel? Is it the Satan who has made the Land of Israel blossom and bloom after having lain fallow for two thousand years? Is it the Satan who has restored Jewish sovereignty over vast stretches of The Holy Land, and brought about miraculous victories in war, rebuilt Jerusalem, and made Israel the Torah center of the entire Jewish world? And still these people complain. They want everything perfect now! They want everything complete without having to lend a hand in the work and get their shoes dirty.

It is true that babies dirty their diapers, and teenagers do all kinds of stupid things that they shouldn’t do, and yes, even adults make mistakes. But is this a reason to throw the baby into the trash can, or kick the teenager out of the house, or burn an adult at the stake? Yes, there are problems in Israel; yes, not everything is perfect with the government; yes, the Supreme Court still has a goyisha cop; yes, not everyone is religious. But what about all the incredible good things? There’s more Torah being learned in Israel than everywhere else in the world – mainly funded by the Government of Israel. And in just a handful of decades, Israel has become one of the leading nations in just about every field you can name, from agriculture to computer technology. Just because we haven’t yet reached our ultimate Torah ideal, is this a reason to throw out the baby and kick the teenager out of the house?

This is a juvenile way of thinking. In contrast, Rabbi Kook would say, we believe in God, understand that He is Master of the World, and thank Him for the gift of the renewed Jewish State. At the same time, we realize that rebuilding a nation it is a colossal undertaking and that there are problems along the way. That’s why we are working hard and trying to improve everything that we can, just the way we are supposed to behave in God’s great plan for the world, to do our part to perfect His Creation. We realize that growth is a slow developing process. What can we do? A large chunk of our work force is missing. They have chosen to live out their lives somewhere else, in foreign gentile lands, and wait for Mashiach, while the Israelis do all the work, so they don’t get any dirt on their Florsheims. What a shame!