Medinat Yisrael is a Torah Commandment

Medinat Yisrael is a Torah Commandment! 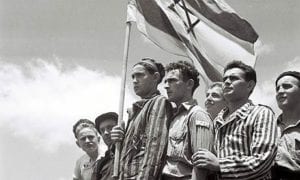 The Torah states again and again and again that G-d wants the Jews to live in Israel. So how can it be that some confused Jews think the very opposite, believing they are following the Torah by living in gentile lands, and that Medinat Yisrael is the worst exile ever?

This is especially puzzling since the Talmud teaches that whoever lives in the Diaspora is like someone who has no G-d, as the Torah verse says: “I am Hashem your G-d, Who took you out of the land of Egypt, to give you the land of Canaan, to be your G-d,” meaning that in the Land of Israel, Hashem is our G-d, and not when we live outside of it (Ketubot 110B).

To explain this, let’s look at what the Ramban writes at the end of the Torah portion, “Achre Mot.”

In explaining the uniqueness of Eretz Yisrael, the Ramban describes how G-d assigned celestial ministers (angels) to rule over all of the countries in the world, excluding Israel, where G-d alone reigns. In the Land of Israel, a Jew’s connection to G-d is direct. Thus the Land of Israel is known as the Holy Land. In contrast, outside of the Land of Israel, a Jew can only reach G-d through the intermediary angel that rules over that land. In effect, when a Jew prays in the Diaspora, his prayer goes up to the national angel of America, or the national angel of France. This is what the Talmud means when it states that a Jew who lives in the Diaspora is like someone who has no G-d.

These interfering angels not only adversely affect the Diaspora’s Jew’s performance of Judaism, they also affects his thoughts.  The foreign angels appointed over the countries in the Diaspora determine the cultures, languages, and beliefs of the people living there. These foreign ideas and values seep into the brain through a process of cultural osmosis. For the nations of the world, this is the way things are supposed to be. But when it happens to a Jew who is living in a foreign land, if he is not connected to the Land of Israel through his prayerful yearnings for Zion, or through fervent activities on behalf of the settlement in Israel, then his brain can become Diasporized, as if it has been soaked in a jar of formaldehyde for years. Thus, he or she can come to believe that living in a gentile land is perfectly normal.

Many of my friends in Israel have told me that when they are in the Diaspora, the praying feels flat and hollow, and the Jewish Holidays feel empty of meaning there. I have experienced this as well whenever I have had to travel to America. The Ramban states: “The principle meaning of the commandments are for those Jews who reside in the Land of Israel” (Ramban on the Torah, Vayikra, 18:25). The performance of the commandments in the Diaspora, he explains, is merely like practice, “so we don’t forget how to do them when we return to Eretz Yisrael” (ibid). In essence, the practice of Judaism outside the Land is like an exercise bicycle to keep us in shape until we come back to Israel. The exercise bicycle will help to keep your body in decent condition, but it won’t take you anywhere. Hashem gave us the mitzvot to observe in the Land of Israel, not in the wilderness of foreign lands. 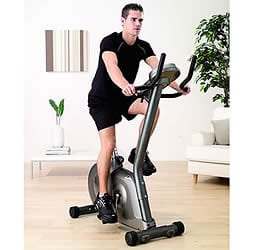 No one can argue with the fact that the Ramban in a universally recognized Torah giant. He states emphatically that it is a Torah obligation for a Jew to live in the Land of Israel in every generation: “We were commanded to take possession of the Land which Hashem, Blessed Be He, gave to our Forefathers, to Avraham, to Yitzhak, and to Yaacov, and not to surrender it to other nations, or to leave it desolate, as He said to them, ‘You shall dispossess the inhabitants of the Land and dwell in it, for I have given the Land for you to possess it (BaMidbar, 33:53), and He further said there, ‘To inherit the Land which I swore to your Forefathers,’ behold we are commanded with the conquest of the Land of Israel in every generation” (Supplement of the Sefer HaMitzvot of the Rambam, Positive Commandment #4).

The Ramban continues: “This is a positive commandment, enjoining that the Children of Israel dwell in the Land and possess it, because it was given to them, and they should not despise the inheritance of Hashem. Here we are commanded with this mitzvah, for this verse is a positive command.  And the proof of this commandment is this – they were told to go up in the matter of the Spies, as it says, ‘Go up and conquer as Hashem has said to you. Don’t fear and don’t be discouraged.’ And it further says, ‘And when Hashem sent you from Kadesh Barnea saying, Go up and possess the Land which I have given you.’ And when you didn’t go up to Israel, the Torah says, ‘And you rebelled against the word of the L-rd,’ and you didn’t listen to this command.” (Ibid).

The Jewish People have a mitzvah to conquer the Land of Israel and to insure that it remains under Jewish sovereignty. Every year at the Mercaz HaRav Yeshiva, as Yom HaAtzmaut approached, HaRav Tzvi Yehuda HaKohen Kook would explain that the establishment of Jewish sovereignty over Eretz Yisrael is a clear commandment of the Torah, as delineated by the Ramban.

“All of the Poskim (arbitrators of Torah law) both Rishonim (Early Authorities) and Achronim (Later Authorities) decide the law in this fashion, on the basis of the Ramban, that the precept of conquering the Land of Israel and keeping it under Jewish sovereignty applies in all generations – and all of them agree that it is a commandment of the Torah” (See the Pitchei Tshuva in the Shulchan Aruch, Even HaEzer, Section 75, Sub-section 6).

In its most straightforward understanding, sovereignty over a country means having an army to defend the land, a government to insure order, courts to establish justice, an economic system to sustain the populace, and all other facets of Statehood. By commanding us to rule over Eretz Yisrael, the Torah commands us to establish a State. Rabbi Kook taught that whether our sovereignty is brought about by the leaders of the general nation, a prophet, a judge, or a king, it is a valid Jewish sovereignty when it comes on behalf of Clal Yisrael (Mishpat HaKohen, 337).

What could be clearer than this? There are those who play halachic gymnastics, twisting themselves into halachic pretzels by bringing all sorts of opposing proofs and excuses, but we see with our very own eyes, with the incredible rebuilding of the Jewish Nation in Israel, that Hashem Himself rules according to the Ramban.

The Torah is eternal. The Torah doesn’t change. The commandments in the Torah do not depend on who happens to be the Prime Minister of Israel at the time, or on how many religious politicians sit in the Knesset. What was true in the time of Moshe is true for us today. For nearly 2000 years, we didn’t have the physical possibility of re-establishing the Nation in Israel, so we were prevented from doing the mitzvah, but the moment the opportunity returned with the establishment of the State of Israel, then the commandment to live in Israel returned in all of its force. Baruch Hashem that we have been privileged to witness this in our time!