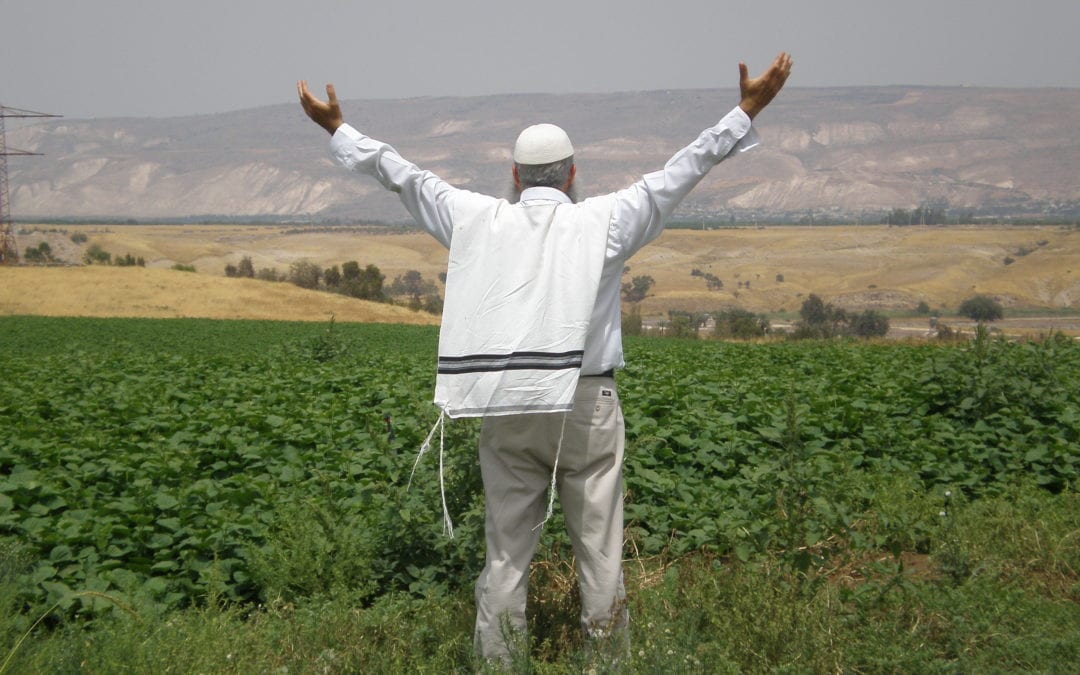 When I first came to Israel forty years ago, as a non-religious tourist in search of my true inner self, Rabbi Meir Schuster, of blessed memory, approached me at the Kotel and asked if I wanted to attend a few interesting classes on Judaism at a yeshiva. I had never been to a yeshiva, so I went along for the adventure, just like I had gone to a lecture by a swami from India about yoga and Hinduism, when I had lived in L.A. Since the holiday of Shavuot was approaching (a holiday about which I had never heard) the Rabbi asked why the Torah had been given on Mount Sinai in the wilderness, and not in the Land of Israel? He replied that it came to teach that the Torah was not geographically restricted to any specific place, but meant to be kept everywhere. A year later, when I began to read the Torah portion every week, I discovered a very different answer – the Torah was given in the wilderness to teach that it wasn’t meant to be kept there! How do I know? Because after the Jewish People received the Torah at Sinai, Hashem commanded them, saying, “You have tarried long enough around this mountain… go up and possess the Land of Israel! (Devarim, 1:6-8). I also learned that for wanting to keep the Torah in the wilderness, and for refusing to journey onward to the Promised Land, Hashem called the Spies rebels and punished the entire generation with death in the wilderness, not permitting them to enter the Land, (BaMidbar, Ch. 14; Devarim, Ch. 1).

If you want further proof that Eretz Yisrael is the place where the commandments are meant to be performed, just take a look at the holiday of Shavuot.

The holiday of Shavuot has only two Torah commandments, both of which can only be performed in Eretz Yisrael. One is the bringing of the first fruits, “HaBikorim,” as is written: “And you shall take from the first of every fruit of the ground, which you shall bring from your Land” (Devarim, 26:2). Only fruits from the Land Of Israel (your Land) may be brought to Jerusalem on the Festival.

The second mitzvah is the bringing of the two loaves of bread to the Temple, marking permission to use the new crop of grain for sacrificial purposes, as it says: “From your dwellings, you shall bring two loaves of bread for heaving” (Vayikra, 23:17), which can only come from Eretz Yisrael, and not from other lands “(Mishna, Kelim, 1:6).

You can try bringing fruit or bread from Brooklyn, but it won’t be accepted. Not even fruit from Monsey, NY.

While Shavuot in the Diaspora is characterized by the emphasis on Torah study, in Israel, in addition to the intensive all-night Torah study which takes place all over the country, the days leading to the holiday are marked by songs of Eretz Yisrael on the radio, agricultural exhibitions in school, and parades celebrating the new harvest and the fruits of Eretz Yisrael, in the joyous spirit of the pageant bringing of the first fruits to Jerusalem in days of yore.

Thus, the Festival of Shavuot is intrinsically bound with the praising Hashem for the agricultural bounty of Eretz Yisrael. This praise and sense of gratitude is highlighted in the speech that every Jew must make to the Kohen when he brings his first fruits to the Temple:

“I profess this day to the L-rd thy G-d that I am come to the country that the L-rd swore to our fathers to give us… and He brought us to this place and gave us this Land, a Land flowing with milk and honey” (Devarim, 26:1-15).

Additionally, the bringing of the Omer, upon which the Counting of the Omer is based between Pesach and Shavuot, can only be brought from Eretz Yisrael, as the Torah commands: “When you come to the Land… and reap its harvest, then you shall bring an omer of your first harvest to the kohen” (Vayikra, 23:10), meaning only “its harvest” from the Land of Israel. In fact, the Mishna teaches that: “Any mitzvah involving land applies only in Eretz Yisrael” (Kiddushin, 1:9).

The centrality of Eretz Yisrael to Jewish life can also be seen in other aspects of the Shavuot holiday. For instance, in Megillat  Ruth, when Naomi’s husband, Elimelech, and two sons, Machlon and Kilyon, abandon the Land of Israel and go to Moav, they are stricken to death in Divine punishment for leaving the Land.

Also, we honor King David, who was born and died on Shavuot day, by reading from the Book of Psalms. King David was so fervently attached to Eretz Yisrael that he looked upon leaving it as if he were forced to worship idols. When he had to escape to the land of the Philistines in order to escape Saul, who was pursuing him in murderous wrath, David moaned, “For they have driven me out his day from being joined to the inheritance of the L-rd, saying ‘Go serve other gods’” (Shmuel 1:26:19). The Talmud asks, “Did someone really tell David to serve other gods?” In answer, the Talmud states: “Rather, it comes to teach you that anyone who dwells outside the Land of Israel is like someone who worships idols” (Ketubot 110B).

A practice among especially pious Jews is to rise at midnight and recite the midnight lamentation called “Tikun Hatzot” over the destruction of Jerusalem and our exile from our Land. The prayers are said in a mournful tone, sitting on the floor. Many have the practice of donning a burlap sack on the flesh to help feel the pain of the Shechinah which went into exile along with the Jews in terrible anguish and shame. The lamentation begins with the Psalm, “By the Rivers of Babylon.” The Psalm goes like this:

“By the rivers of Brooklyn, and Toronto, and Los Angeles, and Paris, and Melbourne, we sat down and wept when we remembered Zion.

“Upon the willows there we hung up our harps, when our captors demanded of us songs, our tormentors asked of us mirth, saying, ‘Sing us some songs of Zion.’

“How shall we sing the L-rd’s song in a foreign land?

“If I ever forget you, O Jerusalem, withered be my right hand!

“May my tongue cleave to my palate, if ever I not think of you, if I ever not set Jerusalem above my highest joy!”

Kind David wants to remind us that we are to set Jerusalem above our highest joy. In addition, in order that the centrality of Eretz Yisrael and Jerusalem fills a Jew’s heart and thoughts, our Sages enacted that we recite this Psalm during the week after meals. To teach us that wherever we may stuff our faces with the finest of gourmet kosher foods, we will always remember that we belong in the Land of Israel, and not in foreign countries. To teach us that without living in the Land of Israel, our lives are shattered and our happiness can never be complete.