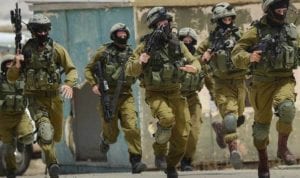 What can you do? Some people simply love to disagree. It doesn’t matter what I write, they’ll insist the opposite. If I say the sky is blue, they’ll reply that it isn’t really blue – it’s a spectrum of colors that looks blue due to atmospheric conditions. If I say that a person needs water to live, they’ll say that research proves that a person can survive on carrot juice and goat’s milk. If I write that Jewish babies can’t result from homosexual couples, they’ll answer that babies can be bought in Thailand and converted to Judaism. If I say that G-d wants us to live in Israel, they’ll protest that if G-d wanted us to live in Israel, He wouldn’t have sent us into exile.

Other people are confused about things simply because they haven’t learned. Or because the things they learned were filled with misconceptions and holes. This is especially true when it comes to Torah. When the Jewish People were exiled from the Land of Israel, the Torah was shrunken into “four cubits of halachah” (Berachot 8A). Without a land and country of our own, the national framework of Torah was shattered, and we were only left with a handful of ritual commandments, like kashrut, tefillin, shofar, tzitzit, and Shabbat, sort of like the leftover bones of a big pink Pacific smoked salmon after Sabbath morning kiddush.

Our Sages instructed us to continue to perform these precepts in the Diaspora, even though the commandments were given to be performed in Israel, as the Ramban (Vayikra, 18:25) and “The Kuzari” (5:23) make clear. This decree was enacted so the commandments wouldn’t be forgotten and seem new when we returned to the Land of Israel, as Rashi and other sources explain (Rashi, Devarim, 11:17-17; Sifre).

Thus, in the exile, the focus of Torah studies was placed on the day-to-day mitzvot that still applied in our wandering status, and on the private worship of the individual Jew, rather than on the all-encompassing Torah of Eretz Yisrael which focuses on the NATION, in all of its aspects of Jewish statehood, and on the service of G-d by the “Clal,” by the nation as a whole, through which the Name of G-d is sanctified in the world.

Giving this miniaturized focus of Torah learning, and the prolonged exile from our Land, it wasn’t long before the NATIONAL ESSENCE of the Torah was forgotten.

For example, when I once flew to Florida to bring my aging parents on Aliyah, I went to daven hacharit at the local Chabad synagogue, located a chip shot away from a Boca golf course. In the opulent lobby was a rack of free pamphlets on Kashrut, Tefillin, Shabbat, Family Purity, Tzedaka, Prayer, The Tanya, etc, but nothing on Eretz Yisrael. Similarly, America’s largest Haredi book publisher boasts hundreds of titles on every subject under the Jewish sun, but virtually nothing about the Land of Israel, as if it didn’t exist.

This tragic situation was exacerbated by the pernicious influence of the foreign cultures where we lived, most specifically by Christianity, whose doctrines slowly crept into our psyches and altered our understandings of Torah. For instance, exiled amongst nations who believed in a separation between religion and state, we too began to view Judaism as merely the performance and celebration of religious precepts and holidays. True, we had more commandments than the gentiles, but other than that, we looked upon Judaism as a religion like any other, the mere practice of religious customs and laws. Matters of government, military security, agriculture, economy, a justice system, and the like, were taken care of by others, as if none of these things had anything to do with Judaism at all. This is, of course, a total falsification the Torah, which is the Constitution of the Isrelite Nation with laws for judges, soldiers, policemen, as well as for the Jewish farmer and king. Furthermore, just like Christianity is a religion without an earthly, geographical base, with Chritians scattered all over the world, without any obligation to reside in the Vatican, the geographical foundation of the Torah, Eretz Yisrael, was stripped out of galut Judaism, and it became perfectly OK to live in Brooklyn and Beverly Hills. “Next Year in Jerusalem” was turned into a meaningless mantra.

As generations passed and we became accustomed to this sad and shrunken state of affairs, little by little, our longing for our own Jewish kingdom and NATIONHOOD in our own Jewish Land – the essence and goal of the Torah – became a faraway dream, or a jingle about Mashiach, or, all too often, a seemingly irrelevant matter that had no practical bearing on our lives (see Orot, 1:1, by Rabbi Avraham Yitzhak HaKohen Kook).

Nonetheless, the Torah is not just a list of religious deeds and holidays for the individual Jew, as many people still believe, clinging out of habit, and out of a lack of learning, to this myopic and mistaken view, which stems from the length and darkness of the exile and the polluted influence of foreign religions and creeds.

For instance, take a look at the Torah portion of “Shoftim” (Devarim, 16:18). It begins talking about the role of “shoftim and shotrim,” Jewish judges and policemen. Rashi explains that the role of Jewish policemen is to make sure the commandments are kept by the populace.  There may be a Jewish cop or two in New York, but he can’t give you a fine, or drag you to jail, for selling bread on Passover. Obviously, we need our own Jewish Homeland and society to keep this aspect of Torah. And while the policemen and judges in Israel today don’t yet fulfill this function in all of its Torah aspects (and very often act in defiance of the Torah as many of you are fond of noting),  this is a passing phase in the evolving process of shedding the mentality and cobwebs of galut, and gradually returning to our true Torah lifestyle, little by little, so that all segments of the nation can participate in the national enterprise of Redemption, the religious and non-religious alike, everyone pitching in together, as part of G-d’s great game plan in restoring the Jewish People to Zion.

The Torah portion continues with the injunction that legal questions must be decided by the Jewish Supreme Court in Jerusalem. Even the people who are obsessed with disagreeing with everything I write will have a hard time explaining that Jerusalem can just as well be in Texas or California, and that the Torah’s use of the expression, “the place that I have chosen” means not necessarily Jerusalem, but any place that there is a thriving Jewish community, even in Melbourne or Cape Town.

Next, the Torah portion of “Shoftim” speaks about the Jewish king. Imagine a Jewish king in Paris, London, or the White House! Especially when the Jewish king is called upon to enforce Torah law over the kingdom where he rules. Obviously, this part of the Torah can only come to fruition in the Land of the Jews. Also, please note that the affairs of the king refer specifically to the Jewish NATION in the NATIONAL framework of the Torah. It isn’t a private mitzvah for every Jew to declare himself king. Imagine what chaos that would lead to:

“What do you mean? Both of you are imposters – my son is the king!”

Obviously, the Torah is telling us that Judaism is much more than a list of ritual precepts – Judaism is the NATIONAL CONSTITUTION of the Jewish NATION. And that can only come about in the Land of Israel.

Then, the Torah portion of “Shoftim” goes on to discuss the allotments awarded to the Kohanim and Leviim. Once again, all of the matters concerning priestly dues and tithes only apply in the Land of Israel.

Then comes the rules that apply to prophets. While there may be many would-be prophets wandering around the streets of Manhattan, prophecy is one of the unique specialties of the Jewish People, restricted to the Land of Israel, or concerning the Land of Israel, as in the example of the prophecy of Ezekiel in the land of Kasdim, which continued because it started in Eretz Yisrael and concerned the return of the Jews to Israel (Kuzari, 2:14).

Next in the Torah portion of “Shoftim” comes the designation of “cities of refuge,” where accidental murderers can flee. Once again, the Torah is not talking about Miami Beach, Las Vegas, or Chicago, even in the heydays of Meir Lansky and Bugsy Siegel.

And then we come to commandments about the Israel Defense Forces and war. With all due credit to the JDL, how long do you think a Jewish army with tanks and fighter jets would last in Russia, or Germany, or the good ol’ USA? Obviously, to have a Jewish army you need your own Jewish country. I think even the biggest lovers of gentile countries and adversaries of aliyah can understand that.

Finally, the Torah portion of “Shoftim” ends with the mitzvah of the “eglah arufah,” in the case where a murdered body is discovered on the outskirts of the city. Once again, if you live in Brooklyn or Monsey, this doesn’t apply to you, so you can continue to relax.

It turns out that this Torah portion is completely concerned with Torah life in the Land of Israel. The commandments we can perform in the exile is an “itsy-bitsy, teeny-weeny” version of Torah when compared to the all-encompassing NATIONAL TORAH of ERETZ YISRAEL.

G-d has commanded all of his People, the Children of Israel, to establish this National Torah Constitution and perform its laws in the one and only place on Earth where this is possible – in the Holy Land. This is a NATIONAL MITZVAH, incumbent on the Nation, and every Jew, to participate in the establishment of the Nation of Israel, according to our Torah constitution, in the Promised Land. Right now, it is called Medinat Yisrael – the State of Israel.  If, in the future, it is called something else, like “Medinat Moshe,” or “Medinat David,” or “Medinat Yehuda,” fine. Right now, G-d, in His infinite kindness, has given us the State of Israel, and it is up to us to build it, and to do our share, each and every one of us, in steering it more and more toward the path of the Torah to which we all aspire. And to do that, we have to be here, in the Chosen Land, where Hashem wants His children to be.