Why the Jews of the Diaspora Differ from the Spies

Why the Jews of the Diaspora Differ from the Spies 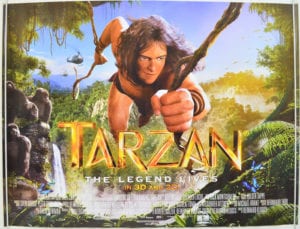 The sin of the Spies in the wilderness is arguably the greatest transgression in Jewish history. It resulted in the destruction of the entire generation that left Egypt. Because of the refusal of the Spies to journey on to live in the Land of Israel, the Jews had to wander for forty years in the wilderness until a braver and more G-d-fearing generation arose. Additionally, 0ur Sages tell us that the sin of the Spies paved the way to the destruction of the First and Second Temples. After touring the Land of Israel, the Spies returned with their evil report on the Ninth of Av, the same day that the Temples were later destroyed. Because they rejected the Promised Land, we were later expelled from its borders.

However, there is a very big difference between the Spies in the wilderness who refused to make aliyah, and Diaspora Jews of today who also don’t come on aliyah.

The Spies in the wilderness, and their entire generation, KNEW they were supposed to journey on to Israel. Moshe told them over and over again. G-d commanded them again and again. They knew they were leaving Egypt to return to the Promised Land. They knew it because it was their heritage. Their fathers told them, their mothers told them, their grandparents told them. All the time that they were slaves in Egypt, they waited for the moment when a redeemer who come to take them out of Egyptian bondage and return them to Eretz Yisrael, to the Land of their Forefathers, Avraham, Yitzhak, and Yaacov.

Furthermore, the Spies knew that their mission was to spy out the Land so that their reconnaissance information could help in its conquering. But instead of going up to Israel and settling the Land, as G-d had commanded them, they wanted to stay in the wilderness where the Cloud of Glory protected them with arrow-proof walls and year-round air conditioning and comfort. There, in the hermetically-sealed dome of the Cloud, they could study Torah while their physical needs were miraculously provided by the Manna from Heaven and the pool of Miriam that followed them wherever they went. That was their surface excuse. The book “Mesillat Yesharim” explains the underlying reason, stating that the Spies, who were the leaders of the community, feared to journey on to Israel lest they suffer a lessening of their prestige and honor, since a new type of leader would be needed upon entry into the Land, in order to actively confront the many physical and spiritual challenges they faced (“Mesillat Yesharim,” Ch. 19, On Saintliness.) In rebelling against G-d by not making aliyah to Israel, they brought about the death of their generation and caused great future tragedy as well.

In contrast, the Jews of the Diaspora today are very different.

The main difference is that, by and large, they simply don’t know that they should come on aliyah. No one teaches them. Not their rabbis, not their high-school yeshiva teachers, not their shul presidents, not their parents, no one. So they simply don’t know that the true goal of Judaism is to establish the Kingdom of G-d in the world via the Jewish People living a Torah life in Israel, as it says, “For from ZION shall go forth the Torah, and the word of the L-rd from JERUSALEM.”

Even in the books they read about Judaism, Eretz Yisrael has been deleted. Take a look at a few indexes of the most popular books in English on Jewish Philosophy. You won’t find a word about Eretz Yisrael.

True, a Jewish Internet surfer might be carried by a wave one day to INN Arutz 7, or to the BringThemHome website, where he will be confronted with the importance of aliyah, but not having heard about this great foundation of Judaism from his teachers and parents, he or she won’t take it to heart.

For this reason, the Jews of the Diaspora are like “children who were kidnapped and raised amongst the gentiles.” This category includes Jews who were never taught about Judaism. Not having been exposed to the tenets of the religion, unfortunate Jews like these can’t be expected to keep the Torah’s laws, because they have never heard of them. The secular Zionist pioneers and kibbutzniks of old fall into this category, as do the secular Russian Jews in Israel today, even though they have heard of the Torah, they never had anyone to teach them, so it is something foreign to them, like Chinese.

A metaphor for this is the story of Tarzan, who was lost at sea as a child and raised in the jungle by the apes. When he grew up, he thought he was a monkey too. There was no one around to tell him that he was a man. So he identified with the apes. Just as they felt perfectly at home, living in the jungle and swinging from tree to tree, he felt perfectly at home too, aping it up with his friends. Not having been raised in civilized surroundings, he didn’t know the difference.

The Jews of the Diaspora don’t know this, because no one ever taught them. They are not to blame, no more than Tarzan was to blame for believing that he was a monkey. It’s as simple as that.