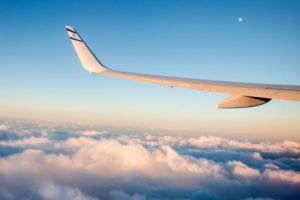 Sources from Chazal on a Pandemic as a stage in the Geula, why you should be in Israel now and what we can learn from this.

On 9/11 when the Twin Towers came down, all air traffic came to a halt. For a few days, many of us were stuck in the US and couldn’t get home to Israel. Ever since then, at the end of every one of my many frequent trips to the US, I always think to myself – can this ever happen again? On my last trip this thought was uppermost in my mind as I packed up to leave NY on March 1st, with the pandemic just beginning.

For decades, I have been well aware of the many sources which claim that at a certain point in an advanced stage in our history, Israel will be the safest place in the world and a real danger would threaten Jews living outside of Israel. The Vilna Gaon told his students to move to Israel because of the passage (Joel 3,5): “For on Mount Zion and in Jerusalem there will be a refuge.” Read the books “Eim HaBanim Smeicha” by Rabbi Teichtel and Rabbi Mordechai Atitah’s epic works “Artzot HaChaim”, “Lech Lecha” and “Sod HaShevua” to see the wide range of sources on this.

For example, let’s look at some of these sources directly connected to the present Corona pandemic.

The Midrash (Shir HaShirim Raba 2:13) says: “The Fig trees bud with stillborn fruit – said Rabbi Chiya bar Abba: Close to the days of Mashiach a great plague comes to the world and the evil doers are destroyed. And the new grapevines are fragrant – these are the survivors, of whom it is said – the survivors will be in Zion and those who remain in Jerusalem”.

In Talmud Bavli, Baba Kama 60b we read:
“The Sages taught: If there is plague in the city, gather your feet (stay home!),
As it is stated in the verse: “And none of you shall go out of the opening of his house until the morning.” (Exodus 12:22)
And it says in another verse: “Come, my people, enter into your chambers, and shut your doors behind you; hide yourself for a short moment,
until the anger has passed by” (Isaiah 26:20).
And it says: “Outside the sword shall slay, and in the rooms fear” (Deuteronomy 32:25).

The first verse quoted talks about how we were commanded on the first night of Passover, while the plague of the firstborn devastated Pharaoh’s people – not to step outside our homes the entire night before we left Egypt.

The second verse from Isaiah tells us to take refuge in a room, just for a short time.

The third verse from Parshat Haazinu, “Outside the sword shall slay, and in the rooms fear” is used by the Talmud to convince us to stay inside, so the obvious meaning here is that in the rooms there is fear, but not death. The Targum Yonatan ben Uziel, (who the Talmud accuses of revealing secrets better left hidden) uses the inside/outside reference as a metaphor and translates this passage as follows: Those who are exiled outside of the land of Israel will be consumed by the sword, but those in the land of Israel will suffer the fear of death. Is that clear enough?

The second verse from Isaiah telling us to hide in our rooms Isaiah is now being used on Israel’s radio stations to warn people to stay home, but the truth is we have been familiar with this passage and the safety of a room for years now.

Think about it. Here in Israel, over the past 30 years, we’ve had to take refuge from unseen dangers in 3 types of safe rooms.

In the Gulf War of 1991, we were required to prepare a “sealed room”, making it airtight with plastic sheeting and scotch tape – out of the fear that some of the rockets raining down on Israel may have poison gas. Yes, in those days we wore different types of masks.

In 2005, after the Gaza withdrawal we were rewarded for our sacrifice for peace with rocket attacks from Gaza, and later from Lebanon as well. In response, Israeli residents were required to build one room shelters in every home. Like during the Gulf War, once again, sirens would rush us to take shelter in our safe rooms.

Now, during the Corona pandemic, we take shelter in our quarantine rooms.

But our safe rooms and homes are but a metaphor for something bigger – our national home.

So far, there are a number of important take-aways from the present situation:

Rabbi Menachem Penner in a very moving video recently admonished everyone. What are the excuses for not going on Aliyah?
Your family? – You can’t be with them right now.
Your yeshiva? It’s closed.
Your work? It’s either gone or could be run from anywhere in the world.

Hopefully, the skies will open again – but who knows what could happen to close them again?
Volcanic ash?
The collapse of the internet?
Detonation of an EMP knocking out all electronics?
Rabbi Meir Simcha of Dvinsk wrote in the Meshech Chochma (Bechukotai) about how every community outside of Israel must necessarily come to an end. He warned people to stop thinking that “Berlin is Jerusalem”. He wrote this in Berlin in 1927! Did anyone heed his warning? Could anyone have imagined how different a country Germany would be just 10 years later? Yet people just carry on without thinking. Someone just ended his Facebook post with a fervent wish: “Leshana Habaah B….Hotel!”

2) Our Three Houses of Prayer

Our present way of celebrating the Passover holiday is definitively different that it once was. Ever since the destruction of the Temple, this holiday has been transformed from a mass outdoor public event in Jerusalem to an intimate family gathering around the table. The Haggadah is in a manner of speaking a “suitcase” – a book which packs up the original Passover experience so it could be carried with us to our homes in exile.

Another similar device is the Synagogue, termed by our rabbis as a “Mikdash Meh’At – a miniature Temple. It is here where “Our lips (prayer) replace oxen (sacrifices)”.

Our synagogues are very important. Having been a guest again and again at some of the most magnificent, active and inspiring communal powerhouses like the Boca Raton Synagogue, Young Israel of Woodmere and so many others – I will be the last to criticize them. Nevertheless, the synagogue is only one of three places where we should meet G-d. With the synagogues now closed, we will need to remember this period for two reasons: We need to learn how to bring Hashem into our own personal homes and we need to know that for the good of all mankind – He will need to bring us into His Home – hopefully in the near future.

Think about the three safe rooms and what they represent – Three Temples.
The First Temple excelled in communal and national unity, but for most of its existence, on a personal level we were not close enough to Hashem.
The Second Temple excelled in individual piety and Torah study, but was fraught with internal communal divisions and hatred.
The Third Temple will be a house of prayer for all nations.

Let’s all learn the lessons of this momentous period:

To learn to bring Hashem into our homes and hearts,
To yearn and work towards having Hashem’s house in Jerusalem once again.
To come home, lest the skies close down a third time.